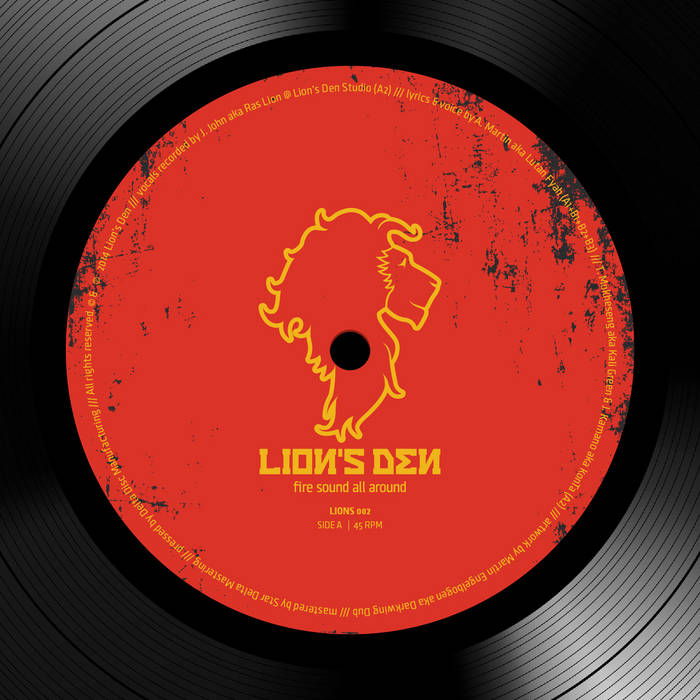 As times seem to get rougher and tougher in political terms in the urban jungles of the world, conscious music and cultural activism in general gain in importance. Message music to uplift the people is essential in society.
On this mission, Lion's Den has teamed up with the upcoming producer Blue Hill outta Athens, Greece.
A heavy riddim, somewhere between jungle and dub, outta his mixing lab was given to the mighty Lutan Fyah from Jamaica to create a powerful anthem, calling for action in times of political turmoil - the youths need to "Get Out" of their mental and physical state of badness.
Another vocal on the same riddim was recorded with the Lion's Den MCs Kali Green and konTa outta Berlin, Germany. This wicked combination hits with the same amount of lyrical fire - this time in english and german - and adds to the rebellious mood. A call to "Start A Revolution" and to fight the system full of trickery, downpression and exploitation.
But this is only half of the musical story to be told…
Lutan Fyah's piercing voice and melodies were given to five producers to come up with three strong remixes inna different style: For the first one the US dubstep pioneer Roommate joined forces with the head of the Lion's Den, Ras Lion outta Berlin, Germany, to mix it up inna pumping dub / steppaz fashion. The second remix leaves no doubt about message music reaching the clubs - no matter if 'uptown' or 'downtown': A heavy banger somewhere on the jungle tip, with a west coast breeze, by a brand new collaboration project between US bass music legends Noah D and No Thing (together with Roommate he forms Babylon System) called Lost City JNGL. Last but not least, the third one was done by the great jungle producer FLeCk outta Athens, Greece, and hits hard with some break madness and extra deep bass.

The whole EP was transferred to 1/2inch Tape for extra analogue warmth, mastered with care and pressed on high quality limited and hand-numbered 180g vinyl by Star Delta / Delta Disc, UK. It is also digitally available.

cktrl talks about heartbreak and his new record 'Robyn'